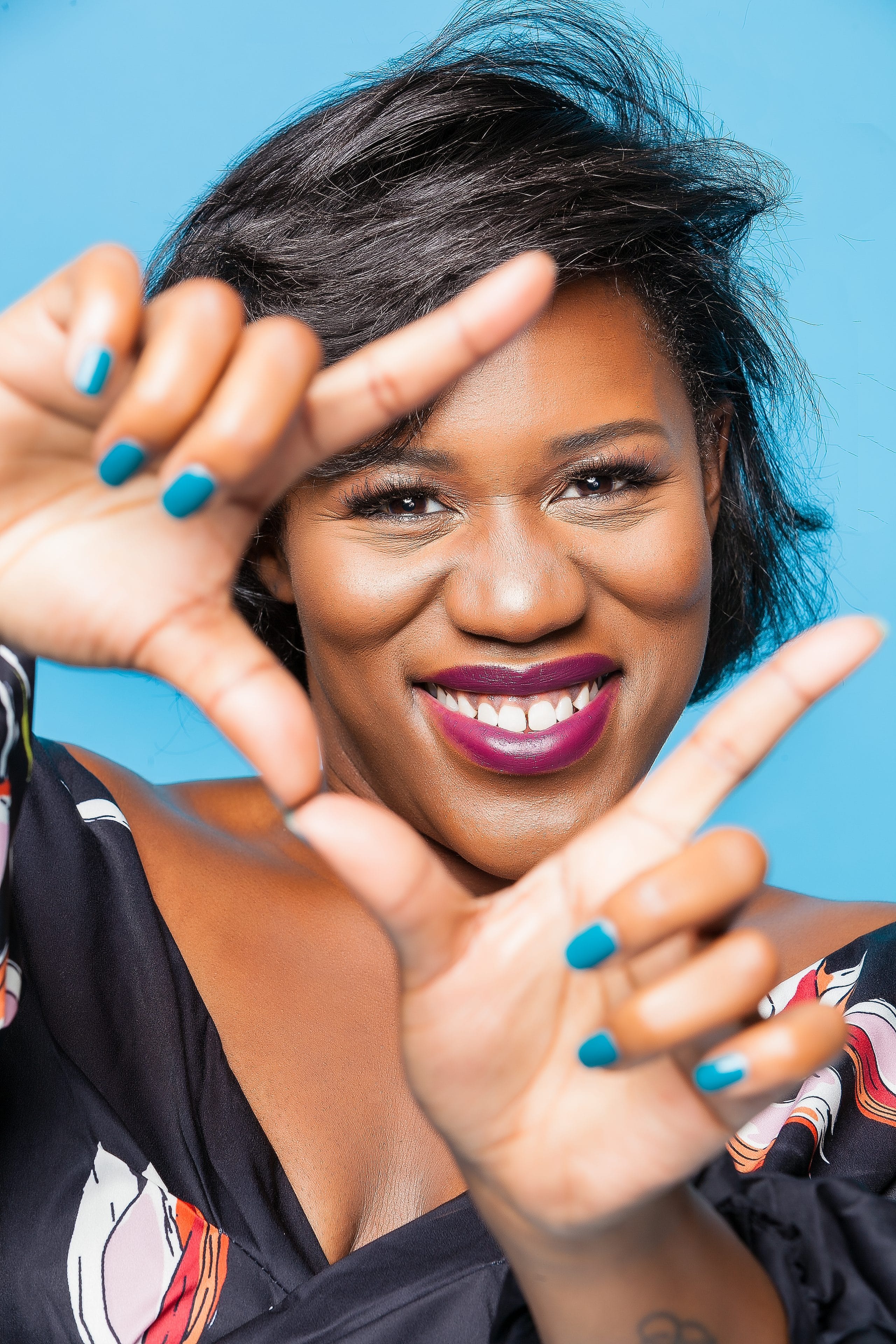 Tamika Newhouse is a woman who wears many hats. Author, publisher, speaker, producer, and CEO to be exact. And she’s had an interesting journey going from a teen mom to the author of 17 novels and the winner of 8 African American Literary Awards. She also started Delphine Publications which has published nearly 200 titles, launching the careers of numerous fellow writers. And in addition to writing and publishing, she now tours the country speaking about overcoming her teen pregnancy to fulfill her dreams, as well as teaching aspiring writers the publishing ropes and has even dipped her toes in film-making as associate producer to the 8 Ball and MJG bio-pic Comin Out Hard; with the ultimate goal of becoming a literary rockstar still in her sights. Check out our interview with the very busy Ms. Newhouse and #GetFamiliar.

How did you get into writing?
Growing up I didn’t have a lot of friends so writing was my escape. Being able to create lives and stories I could control was my own happiness because I couldn’t control my own world. I wrote my first book when I was 12 but when I became a teen mom at 16 the realities of life set in and I had to go through the motions of real life and be responsible and put writing to the side.

What made you get back into writing?
It wasn’t until I launched my first company, on accident I might add, which was an online book group called AAMBC and it was just me posting and talking about books and that jump started my career in the book industry.

What was the accident?
I was bored and living in a city where I didn’t have any friends and I started a Myspace page to talk about the books I was reading and authors began to reach out to me and ask me if I could read their books and I had never heard of the majority of the writers that were reaching out to me. This was 2008 and back then we really only saw the same writers over and over mentioned in Black Expressions and Essence and getting their books adapted into movies and I only thought there were like 30 black writers and there are hundreds. And that became my mission because I was like them, I was a writer even though I hadn’t been writing in years it was something at 12 I told myself I wanted to do so I gave them a chance and that became the mission of AAMBC to read unknown/undiscovered authors and it just grew from there.

Can you describe your writing process and has it evolved through the years?
The writing process when I was a child was pure imagination and pure escape so a lot of the things I wrote about I hadn’t necessarily experienced. I hadn’t experienced pain, joy, love or fear so I just imagined what the emotions would be about so I was experiencing those emotions as I was writing. So for me, I was like the writer and the reader at the same time so it was very enjoyable for me because my real life was boring. As I got older I started to experience those emotions and I really began to experience life so I began to pull from real-life experiences. So now as I create I’m more of an emotionally driven writer and I can pull from my real emotions. And because I write in first person I really get to dive into the emotions and into their choices and why they’re doing what they’re doing because I’ve been there done that. I can really express my writing now.

And how did you get into the business end and publishing?
It was exciting for me to see my dream coming true but it was even more exciting that I was the one who did it. Nobody came to me and told me my book was good and that they would publish it for me. I was seeing my dream come true because I put in the work and I was excited about that. And people witnessed my work and my passion and my consistency and they started asking me to publish their books. So I said okay because I know how to do it and in the beginning it worked because I’m so hands on, I’m always pushing people to be accountable, to be there best and think outside of their comfort zone so by 23 the company was making six figures annually so I quit my job, quit college and focused on the publishing company.

I do public speaking because people wanna know how I do it and a lot of people don’t understand how I did it with two small children. They want to know any secrets or tricks but there are none. When I do public speaking I talk about the characteristics you actually need to have to make your entrepreneurial goals work.

You write, publish, run an annual awards show, and do public speaking, how do you manage your time to do some many different things?
It all requires a lot of energy. Everything I do is because I want to see US collectively progress and continue to grow. It’s all about assigning and delegating. I create organization. Organization and structure is the only way to make your entrepreneurial goals work especially if you have a job outside of your business.

Are there any specific messages or images you try to convey through your work as a female writer of color?
Society says women can’t do certain things because we’re supposed to aspire to be a wife, a homemaker, this old way of thinking. And then when you do have a woman who is highly intelligent, independent, comfortable in her own skin it’s frowned upon and I don’t like that. Just like I have men characters that desire relationships as much or more than women. We’re all human and we all desire the same things. For me there are no gender lines in my books.

Of all of the things you’re currently doing, which do you enjoy doing the most now and why?
I have been comfortable in my success for a while now and right now I’m stepping into the film industry. We’re shooting the biopic for the hip-hop group 8-Ball and MJG. I’m an associate producer on the project and my marketing company is spearheading the marketing of it. I’m enjoying stepping out of my comfort zone, learning and bettering myself.

How do you feel technology has assisted in helping you make and distribute your own novels?
Technology was really great and a key, in the beginning, to get me where I am now because I was able to talk to people in a safe space and network but now it’s switched. Now everyone is on social media, everyone is talking, everyone is pretending to be somebody and posting only what they want us to see. It’s all about perception but the reality is the people we really need to merge ourselves with to where our books can get on those shelves and our movies can get picked up and get distribution, they’re not sitting on social media, they’re at events shaking hands and networking and if they are on social media they’re posting about the events they’re physically going to. They’re not having serious business conversations in the DM’s.
So even though social media got me here, it’s not what’s gonna help me get further.

Could you give us 5 writes or creatives that have influenced you?
Terry McMilllan
Christina Brown
Issa Rae
Ava DuVernay
Eric Jerome Dickey

What would you say is the key to building your brand?
Understand who you are as an individual. Branding is just who you are and what is ultimately going to make people attracted to you, want to follow you, or invest in what you’re putting out. How do you get people to understand you and how do you project that on social media? Once you get an understanding of that and go along with the flow of things that you like and that you enjoy and then learn how to step out of that comfort zone it’ll come a lot easier, how to act, how to speak, how to network and mingle you don’t have to second guess any of that because you’re just being you. I would never suggest anyone try and fake it because once you do, you always have to be that thing and you’re trapped.

What are your ultimate goals? With your writing, company and your career overall?
You know how musicians drop an album and they travel, they do tours and press? They do all the major things, they walk the red carpets, they’re invited to all kinds of industry events. They’re popular in their own right because they’re great musicians. I want the exact same career but as a book writer. We are entertainers too…and I’m gonna break down that barrier for writers.

What does the term “The Culture” mean to you?
The Culture is about self-expression of our style, our dialect, our food, our hair, our skin tone, it’s about US. It’s everything that defines us. Us and only us can really understand that because we are us.